Today I will talk about Xamarin.Forms, one of the awesome products of Xamarin.

For those who don’t know much about Xamarin, this company provide C#/.Net based platform for developing cross-platform app completely native and it was open sourced by Microsoft after acquiring (Wow!! Microsoft backed).

Xamarin have many products to cover full lifecycle of mobile development and in earlier post we have seen why and when to choose Xamarin. Now as you have already decided to go with Xamarin for your mobile app development, let us see one of the product provided by them for cross-platform (covering major three platforms: Android, IOS, Windows) Xamarin.Forms.

So let’s get into it and find how good Xamarin.Forms is.

Xamarin.Forms is a cross-platform natively backed UI toolkit abstraction that allows developers to easily create user interfaces that can be shared across Android, IOS, Windows, and Windows Phone. The user interfaces are rendered using the native controls of the target platform, allowing Xamarin.Forms applications to retain the appropriate look and feel for each platform.

When to choose Xamarin.Forms?

If your answer to above questions is “yes”, you can choose Xamarin.Forms for your mobile app

What Xamarin.Forms is best for?

What platform one can cover with Xamarin.Forms?

What one should know to start with Xamarin.Forms?

Let’s see some code for Xamarin.Forms:

We can create user interface with C# or XAML, it is up to you whichever is easy for you choose that.

Accordingly choose the Forms project based on C# or XAML (in Xamarin Studio for mac and visual studio in windows), for more refer here 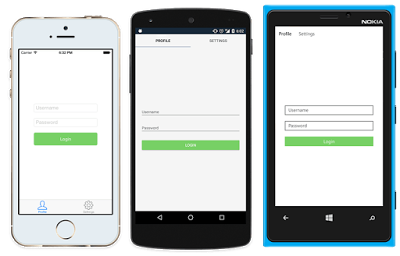 There are four main control groups used to create the user interface of a Xamarin.Forms application:

At runtime each control will be mapped to its native equivalent, which is what will be rendered.

These are all my opinion on Xamarin.Forms

Give it a try and let me know your views.